Jump to Latest Follow
I have a 2013 EXL and pulled the trigger on a 10.1 Android radio from China. The factory unit has XM which I stopped using and its the non-nav non-touch screen model. It's pretty ugly. After reading about some other members projects, I decided to go for it. The unit ended up costing only $57. I will explain later...

Overall, I am very happy with the outcome. It's a clean install and it came with the vent surrounds to make it fit nicely. The unit itself is a 32GB Android tablet with a 45 watt amp. It comes with all the wiring harnesses to make it virtually plug and play (more on this below). This is the unit: 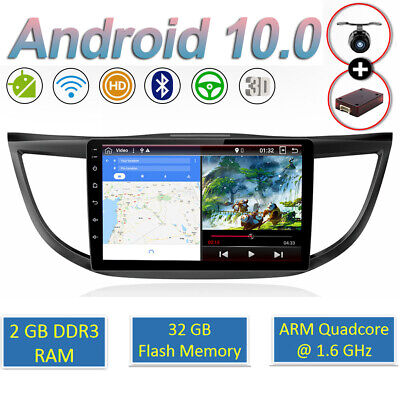 The price I paid was originally $225 but the seller said the unit I purchased would not work in my car, so he gave me this unit for half of my intended $225. So the price became $113. Then there was an issue with the wiring harness. They did not take in to account that my car has a factory amp and sub. They told me to take it to a shop and have them wire it for me, and then gave me another 50% refund. So now the cost was $57. I managed to figure out the harness issue and wired the amp trigger myself. Note that if your car does not have a sub, you will not have this issue. It would be literally plug & play.

I also bought a dashcam and connected it to the radio which supports this. You can see in the split screen shot I have Waze on the left and the dashcam on the right.
Everything works great. I have an aftermarket amp and sub and it has an output for this as well and does a great job on the 80Hz filter. I did not touch the factory speakers. In fact, they sound much better now with this unit. It has a great EQ and cleans up the sound nicely.

What does not work:
What does work that I did not expect would work:
Other cool features with the unit - it's Android and has Google Playstore so once you are logged in, it will allow you to install whatever you want. I have almost all my apps from my phone on this, including some streaming apps such as Prime Video. I also have a thumb drive connected full of movies and tunes. It supports more cameras but I only need a front dashcam. It also supports a backup cam which I will install at a later date.

Overall, I am very happy and would recommend this to anyone looking for a great upgrade to your clunky factory unit.

Status
Not open for further replies.

Status
Not open for further replies.